In June 2018, Nicolas Hulot launched the hydrogen deployment plan for energy transition with a goal of 5,000 hydrogen vehicles in circulation by 2023 and the installation of 100 recharging stations for these vehicles.

Top Industrie has developed a modular range of hydrogen distribution stations adapted to each need: the BOX 350 and the BOX 700. They are supplied by frames of pressurized hydrogen cylinders, allowing the delivery of 2 kg of hydrogen per hour, at 350 bar and 700 bar. Top Industrie stations supply all types of mobility: captive fleets (utility vehicles, forklifts), public transport (buses), city cars (vehicles for private individuals) with hydrogen.

Principle of the distribution station : 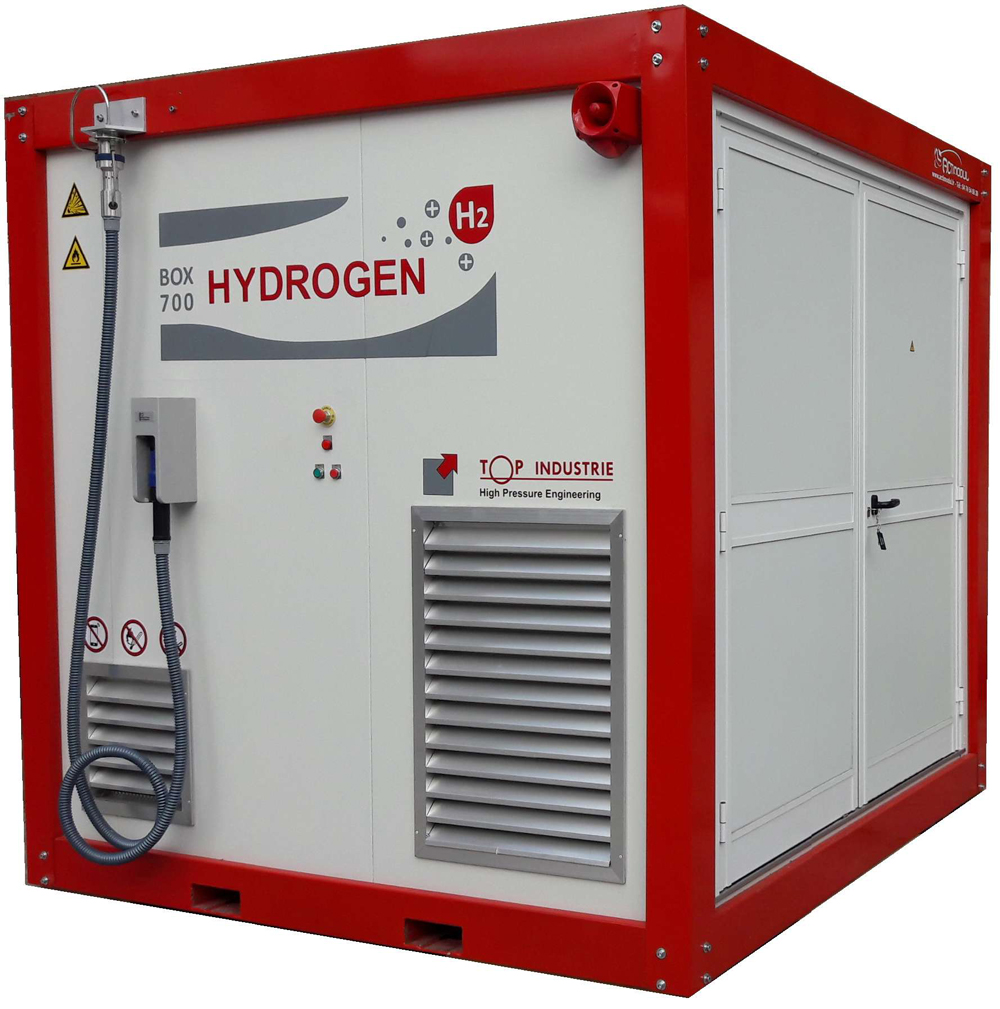 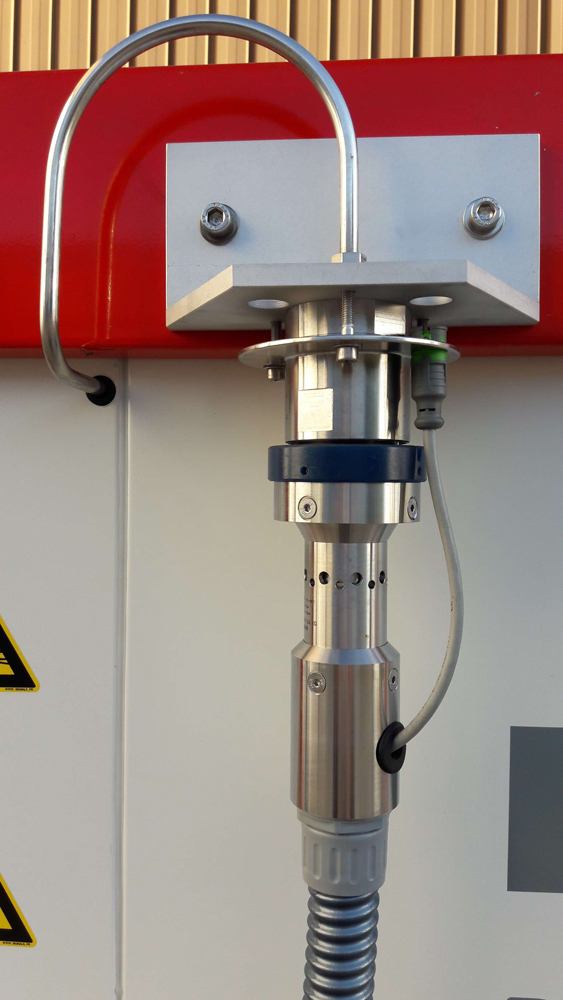 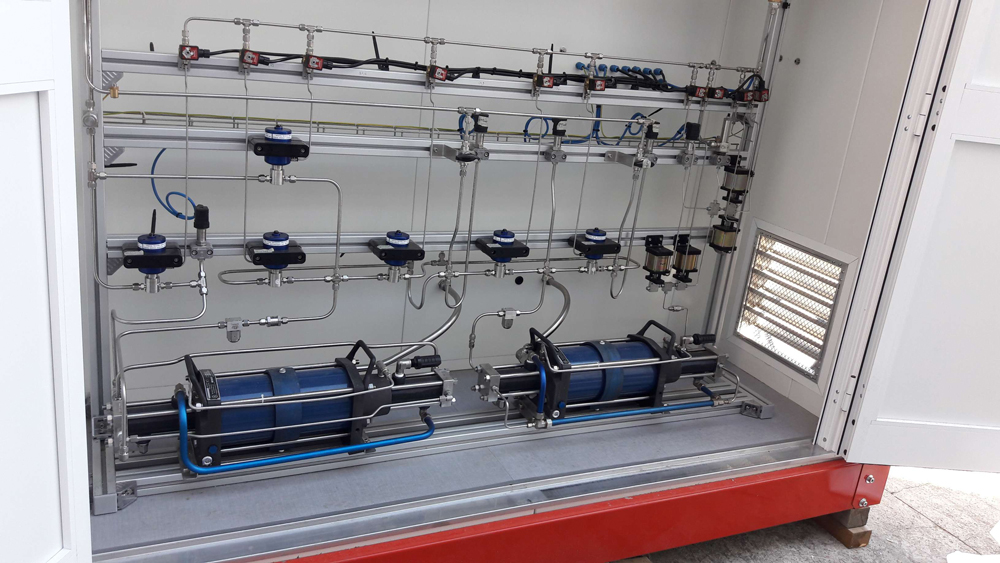 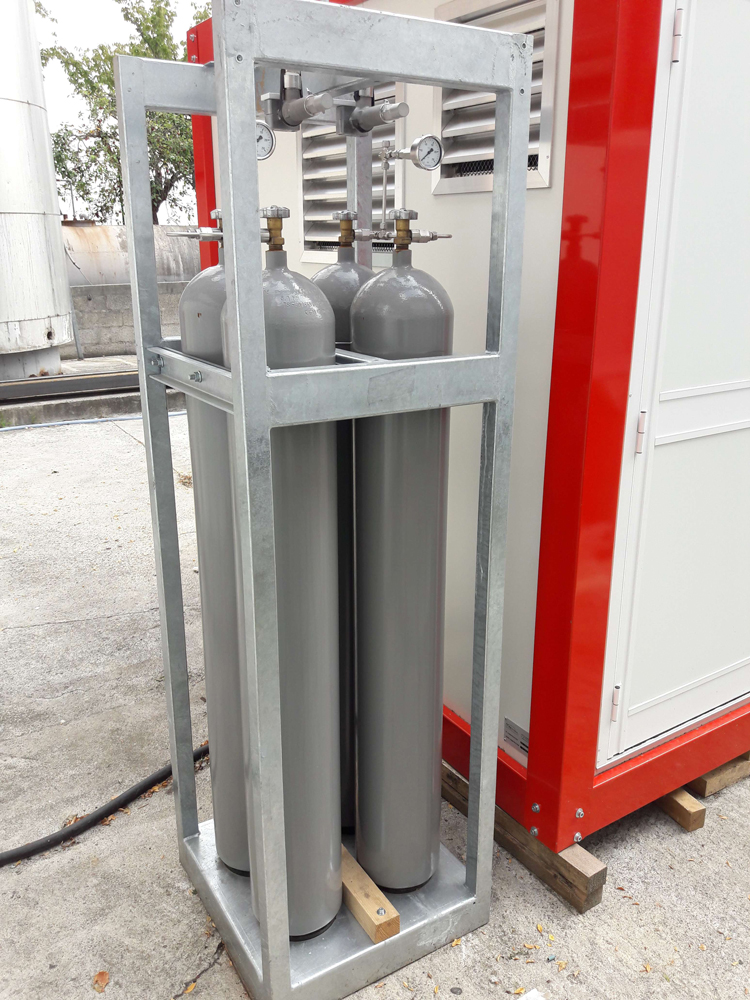